Please confirm that you are at least 21 years of age by clicking Enter below.

The official Wine Julia, the glassware snob, the lover of Grüner Veltliner, Pinot Noir, and Oregon Sparkling Wine - our Media and Communications Manager

The official Wine Julia, the glassware snob, the lover of Grüner Veltliner, Pinot Noir, and Oregon Sparkling Wine - our Media and Communications Manager 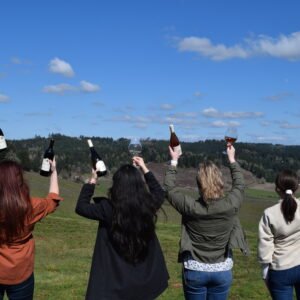 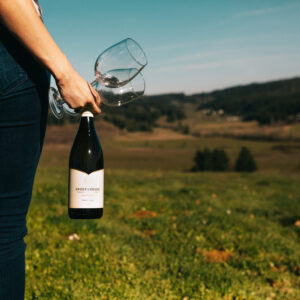 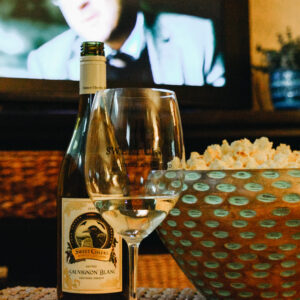 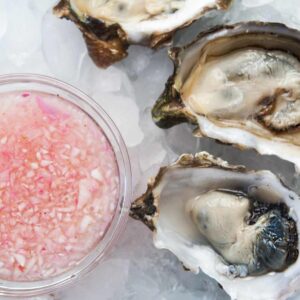 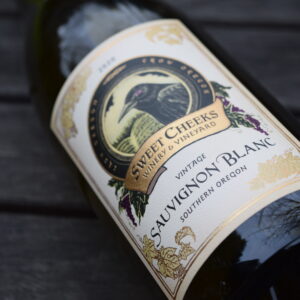 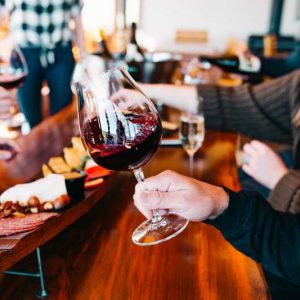 Home is where the heart is

2020 will forever be remembered as the year that altered the way most of us live our everyday lives – a worldwide pandemic and global lockdowns forced us to make changes. Although physical separation was inevitable, we sought out creative avenues that would allow us to remain being the social human beings we were meant to be. We traded in suits and cubicles for loungewear and laptops. Virtual happy hours replaced Friday night out with friends, and curbside pick up became the new going out to dinner. Concerts morphed into living room jam sessions, and date night out is now date night in. More now than ever, home is where the heart is.

Before the pandemic, my husband and I (along with our two teenage sons) didn’t own any streaming video services like Netflix, Hulu, Amazon Prime, or Disney Plus. We were perfectly content with just basic cable. But after the world went into lockdown mode due to the growing concerns of Covid-19, we subscribed to Netflix and Amazon Prime. Hulu and Disney Plus followed not too long after. We weren’t the only family tuning into streaming services for the first time. According to Statista.com, the number of Netflix subscribers more than doubled in 2020 with a skyrocketed nearly 16 million new subscribers in the first quarter alone – twice as much as Netflix had projected. And it’s a similar story for all of the streaming video services – their subscriber numbers went through the roof in 2020.

With endless movies, documentaries, 80s sitcom reruns and captivating binge-worthy series, there’s no wonder I started imagining which wine would pair best with which show of the moment. After all, what’s better than a cold wintry Friday night in front of the fireplace, wrapped up in a blanket, binge-watching a great series with the perfect glass of wine in hand.

This intense drama series is, you guessed it, WILD. I ended up loving the first season of the Amazon Prime Original “The Wilds;” however, I didn’t think I was even going to like it just two episodes in. But, viewers should most definitely hang in there, it’s a wild ride to the end with unexpected twists and turns that keeps its audience hooked. The cliffhanger on the season’s last episode left me incredibly eager for the release of Season 2. Amazon’s blurb of “The Wilds” Season 1 reads:

“A group of teen girls from different backgrounds must fight for survival after a plane crash strands them on a deserted island. The castaways both clash and bond as they learn more about each other, the secrets they keep, and the traumas they’ve endured. There’s just one twist to this thrilling drama…these girls did not end up on this island by accident.”

The plot is exciting, complex, and oftentimes juicy, leaving its viewers wanting more – making this series the perfect pairing with our complex, juicy Sauvignon Blanc. Not only does the movie and the wine share similar descriptors and characteristics, but they both share the element of being wild. Sauvignon Blanc’s name translates to ‘Wild White,’ referring to the varietal’s vigorous and wild growing vines, which is a perfect match to the series title, “The Wilds.”

The term “Queen’s Gambit” refers to an opening move in the game of chess where the Queen’s pawn is moved to the middle of the board, sacrificing its adjacent pawn in the next move – the oldest move in the history of chess. Gambit means, “trading a piece for control of the center of the board.”  “The Queen’s Gambit” miniseries on Netflix centers its story around an orphaned girl who becomes a chess prodigy while playing the world’s most intellectually challenging game in the orphanage’s basement with the live-in janitor.

Played by actress Anya Taylor-Joy, Beth Harmon’s captivating character drew me in with her large intense brown eyes and gripping, fearless, spicy personality. Its score on Rotten Tomatoes is 97%, and according to Netflix, more than 62 million households tuned in and watched it in its first 28 days of being released – the most ever for a scripted limited series on the streaming network. Netflix describes the storyline as, “In a 1950s orphanage, a young girl reveals an astonishing talent for chess and begins an unlikely journey to stardom while grappling with addiction.” But movie critic Allison Shoemaker of rogerebert.com describes it best of all:

“Anchored by a magnetic lead performance and bolstered by world-class acting, marvelous visual language, a teleplay that’s never less than gripping, and an admirable willingness to embrace contradiction and ambiguity, it’s one of the year’s best series.”

Pull the cork on a bottle of our 2018 Syrah while watching “The Queen’s Gambit,’ and it won’t take long to realize why this mini series and wine are a perfect match: get ready for a bold, robust, and gripping experience.

Our off-dry Rosy Cheeks met its match when paired with the lighthearted period drama “Bridgerton.” Released in late December of 2020, not too far off from the release of our 2020 semi-sweet Rose, the wine and the series are both juicy, youthful, spirited, and thoroughly enjoyable.

Netflix’s summary of Bridgteron is short and to the point: “The eight close-knit siblings of the Bridgerton family look for love and happiness in London high society.” A summarization which leaves much to the imagination of any transpiring details in this adaptation of Julia Quinn’s bestselling romance novels. Without adding any spoilers, it’s a period drama with a modern twist filled with romance and light-hearted banter, highlighted by impressive era costume design. The juicy storyline blends well with the juicy notes of Rosy Cheeks.